Black or African American Population, by Age and Sex for the United States
Census.gov | February 2002

Hispanic Origin and Race of Coupled Households
Census.gov | March 13, 2003
This section of the census breaks down marriage and domestic partner statistics by race.

Migration of the Young, Single, and College Educated
Census.gov | November 2003 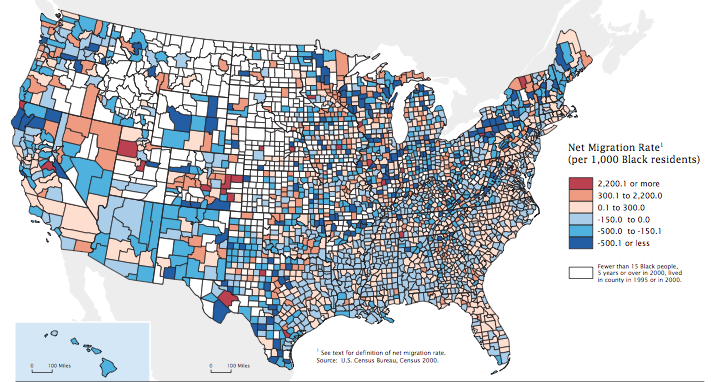 We the People: Blacks in the United States
Census.gov | August 2005

In the Black population, 14 per- cent of individuals 25 and older had a bachelor’s degree or more education, compared with 24 percent of the total U.S. population.