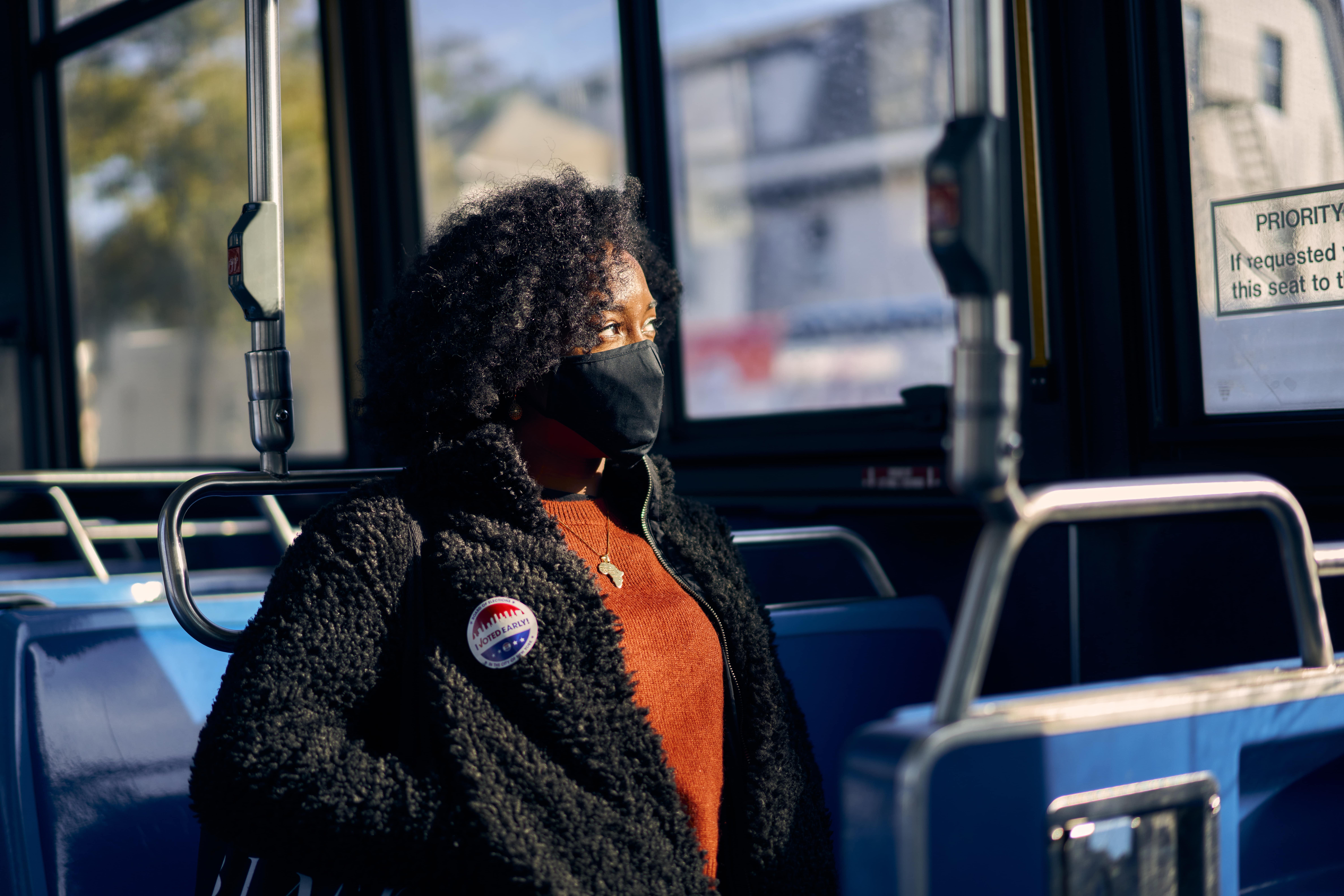 Perspective: Confronting the Racial Divide in America after the 2020 Presidential Election

After months of text messages, cold calls, voting ads, and lawn signs, the election is now over. Many American voters have been working to move forward together and put the ugliness of the election behind us. But, for many of us, interacting with neighbors and coworkers puts us in close contact with people who voted for Trump. They voted for the man who told congresswomen of color to “go back” to their “crime-infested” countries, made comments that overlooked the migrant children in cages on the US/Mexico border, and downplayed the effects of a global pandemic that’s claimed the lives of over 300,000 Americans. While moving forward has been the message of the Democratic Party, it’s hard to get past the damage done over the last four years.

How, exactly, are we supposed to come together when the political commitments and ideological beliefs of nearly 50 percent of the electorate are rooted in white supremacy and the systemic disprivileging of marginalized Americans?

After his election, President-elect Joe Biden said that Trump voters “are not our enemies.” In both his formal acceptance speech and his pre-win talk just a day before the election was called, Biden encouraged Americans who might feel betrayed or begrudgingly toward one another to come together as one America. Instead of remaining in opposition, he said, “Let’s give each other a chance. It’s time to put away the harsh rhetoric. To lower the temperature. To see each other again. To listen to each other again. To make progress. We must stop treating our opponents as our enemy. We are not enemies. We are Americans.”

When president-elect Biden said those words, I wondered how, exactly, were we supposed to move forward and come together when the political commitments and ideological beliefs of nearly 50 percent of the electorate are rooted in white supremacy and the systemic disprivileging of marginalized Americans. How do we give chances to people who, when given the opportunity, would choose the President who told the Proud Boys, a far-right, male-chauvinist extremist group, to “stand back and stand by”?

Black Americans continue to hold, on average, more radical political beliefs than their non-Black peers. Meanwhile, young white Americans were the least likely to support working toward racial progress in the United States.

Over 73.5 million Americans cast their ballots for Trump this election cycle with a plurality of both white men and women in support. In response to his loss, some Trump voters have experienced feelings of grief, despair, and anguish (some of them remain in disbelief that the results are valid). That means, they watched him mis-manage the COVID-19 crisis, they observed Black and Latinx Americans being disproportionately affected by COVID-19, and saw him work to dismantle healthcare protections during a global health crisis, and they still wanted to maintain the status quo.

These differences–not just in perspective but lived experience–are not just evident among older Americans, but also are visible among young adults. The August 2020 GenForward Data holds some indication as to the differences between young Americans when it comes to changing the status quo in the United States. When asked about the best way to make racial progress in the United States, revolution was the answer most often chosen among Black American young adults (19%), compared to 9% of Asian American, 13% of Latinx, and 11% of white young adults. This refers to the ways that young Black Americans are looking for systemic change, recognizing that incremental policy changes that tweak outcomes have little impact on their day-to-day lives and the opportunities made available to them and their communities.

If we are to move forward together, we will first have to confront the harm the last four years has exposed. Until then, we’ll remain catastrophically divided on racial progress in the United States.

These data show that young Black Americans continue to hold, on average, more radical political beliefs than their non-Black peers. Moreover, young white Americans (even before the election) were the least likely to support working toward racial progress in the United States.

In 1961, race scholar and activist James Baldwin said, “To be a Negro in this country and to be relatively conscious is to be in a state of rage almost, almost all of the time.” He went on to say, “And part of the rage is this: It isn’t only what is happening to you. But it’s what’s happening all around you and all of the time in the face of the most extraordinary and criminal indifference, indifference of most white people in this country, and their ignorance.” Though Baldwin was speaking to a radio audience nearly sixty years ago, he sums up precisely what it feels like to be Black and relatively conscious today.

Being Black in America today feels like a new kind of violence. It feels like walking in a room full of sharp objects. But, that room is an entire country. And, living in a country where millions of people, some Black, Latinx, and Asian, voted for Donald Trump’s re-election means confronting silent enemies each day. If we are to move forward together, we will first have to confront the harm the last four years has exposed. Until then, we’ll remain catastrophically divided on racial progress in the United States.