February 23, 2021 marked the 153rd birthday of W.E.B. Du Bois, a pioneering sociologist, activist, writer, and one of the most brilliant minds to grace this earth. Du Bois dedicated his life to celebrating Black culture and fighting for racial justice.

As part of that mission, he and a team of current and former students agreed to present an exhibit they called Exposition de Nègres d’Amérique (“The Exhibit of American Negroes”) at the 1900 World’s Fair in Paris. Their exhibit showcased the reality of the Black experience in the United States both by discrediting racist stereotypes and beliefs about Black people while also calling attention to the ways that racism and the legacy of slavery continued to shape life outcomes for Black Americans.

At the heart of the exhibit were 63 data portraits — handmade visualizations that used groundbreaking empirical data collected by Du Bois and his collaborators to illustrate both the progress Black Americans had achieved and the depth of the systemic challenges they continued to face after the abolition of slavery. The charts and graphs created by Du Bois and his team featured vibrant colors, compelling design aesthetics, and were meticulously crafted not only for accuracy, but to accomplish the difficult task of extending the reach of empirical analysis beyond the academy and into the view of the public. To stand out among the exhibits and engage the masses, the visualizations had to be beautiful.

The charts and graphs created by Du Bois and his team ... were meticulously crafted not only for accuracy, but to accomplish the difficult task of extending the reach of empirical analysis beyond the academy and into the view of the public.

Du Bois and his team exceeded their goal. As Whitney Battle-Baptiste and Britt Rusert write in their 2018 book, W.E.B. Du Bois’s Data Portraits: Visualizing Black America, “Although Du Bois and his team were hardly the first to visualize data with this level of rigor in the pre-computation era, these designs are unique and important…These visualizations offer a prototype of design practices that were not widely utilized until more than a century later, anticipating the trends — now vital in our contemporary world — of design for social innovation, data visualization in service to social justice, and the decolonization of pedagogy” (50).

Recently, Du Bois’s data portraits have made yet another impact on the world as a viral design challenge known as the #DuBoisChallenge. Started by Sekou Tyler and Allen Hillery, the #DuBoisChallenge has inspired people around the world to re-create and pay homage to the visualizations of Du Bois and his colleagues.

Inspired by the incredible visualizations being shared with the #DuBoisChallenge hashtag, as well as the work of Anthony Starks and Frederick Wherry, we at GenForward have made a few of our own visualizations in the style of Du Bois’s data portraits to showcase just a fraction of some of our original data on the views and behavior of young adults in the United States.

The data in these 6 figures, most of which are illustrated on the same patinated backgrounds as Du Bois’s existing visualizations, are only a taste of what we have collected over the past four years, all of which is publicly available on our website. We invite researchers, activists, organizations, and anyone who shares our commitment to dismantling anti-Black racism and amplifying the voices of young BIPOC Americans to further explore and use the data, slide decks, reports, and other work we produce to support their fight for justice.

Figure 1: The plurality — roughly 24 percent — of young Black adults we surveyed in August 2020 named racism as the most important problem facing the United States, a pattern we have seen in nearly every survey we have fielded since 2016. The second most important problem identified by young Black adults in August 2020  was the Covid-19 pandemic, followed by police brutality in third place. 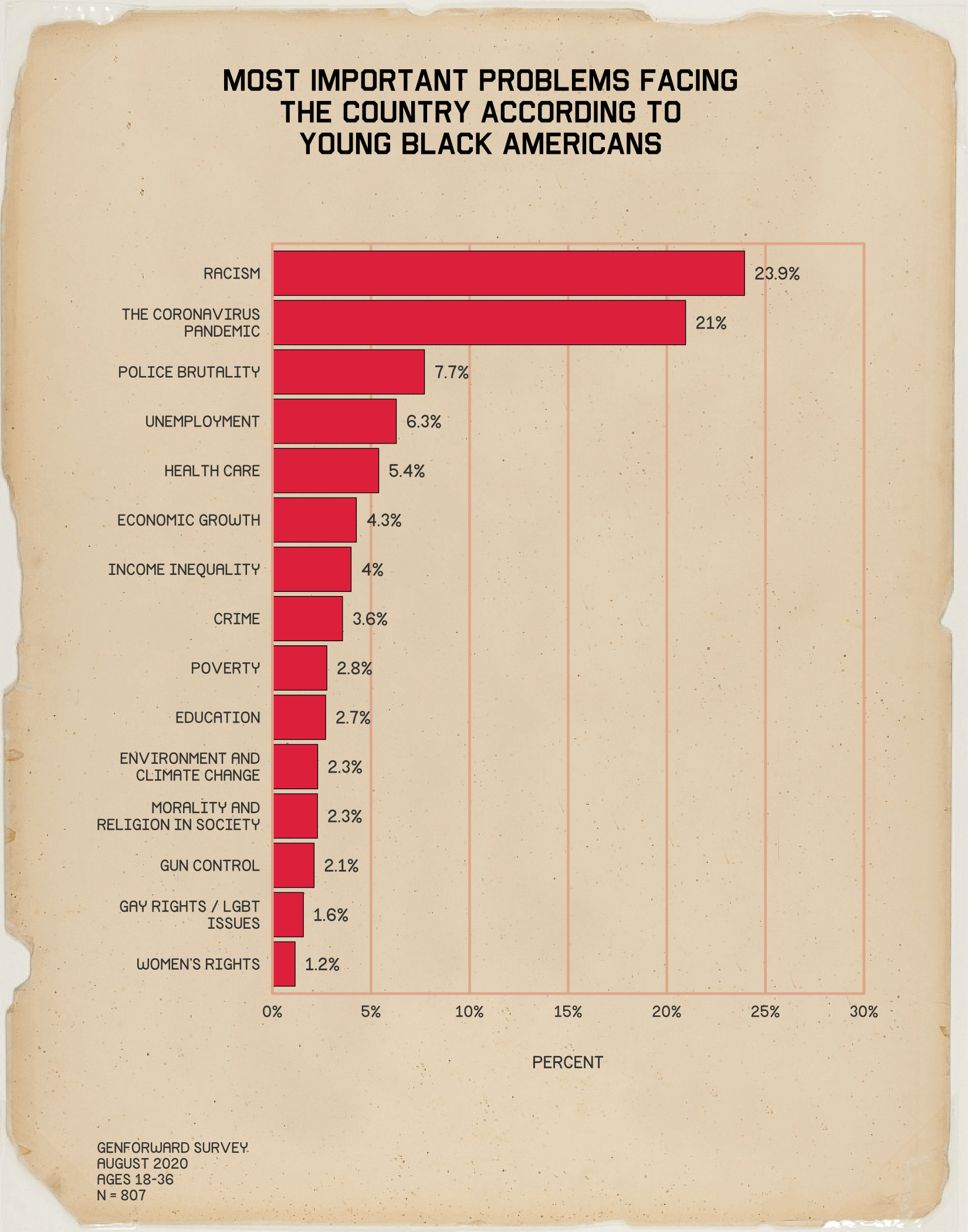 Figure 2: The overwhelming majority of young Black adults believe that the killing of Black people by the police is an “extremely serious” problem in the United States. 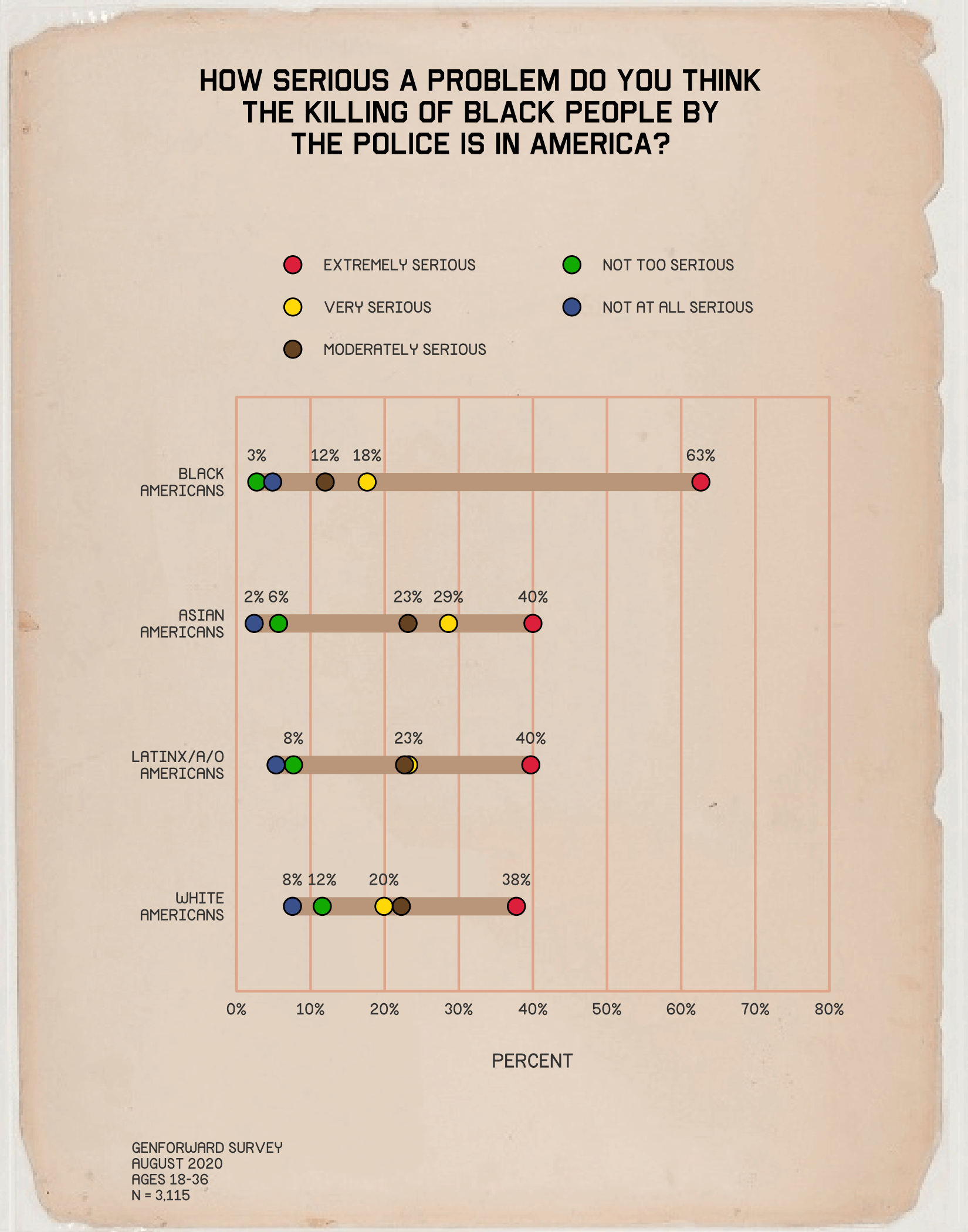 Figure 3: In August 2020, against the background of mass demonstrations across the country over the murders of George Floyd and Breonna Taylor, over half of young Black adults said they had personally participated in, or know of a close family member or friend who had recently participated in, a protest or demonstration. Not only did a substantial number of Black Americans report participating in protests, they participated at significantly higher rates than young Latinx/a/o, Asian, and White Americans in our sample. 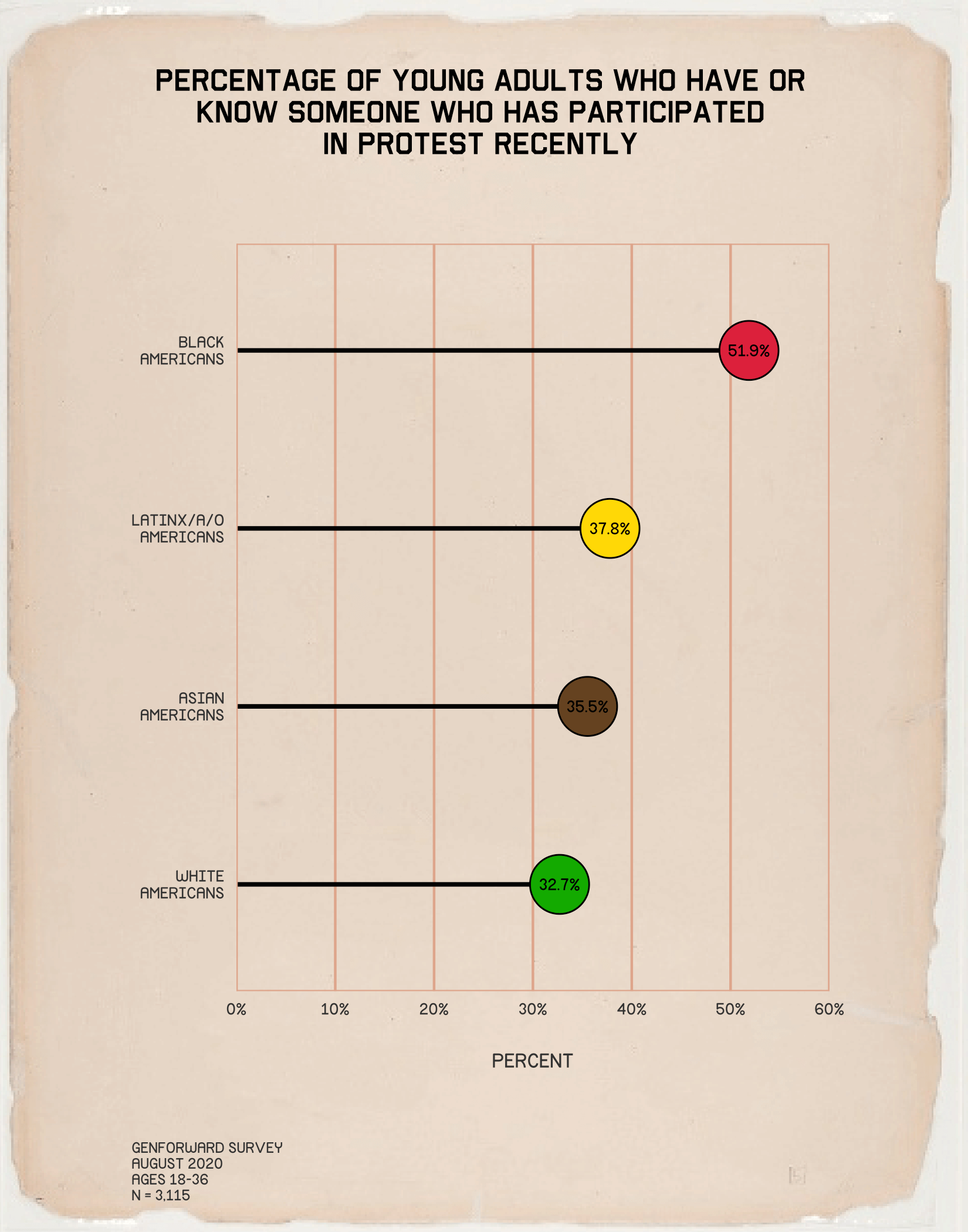 Figure 4: Young Black adults were the only ethnoracial group in our August 2020 sample where a majority of respondents “strongly” agreed with the statement: “Generations of slavery and discrimination have created condition that make it difficult for Blacks to work their way out of the lower class.” In contrast, over a third of white and Latinx/a/o respondents either “somewhat” or “strongly” disagreed that the legacy of slavery makes it more difficult for Black Americans to achieve social mobility in the United States. 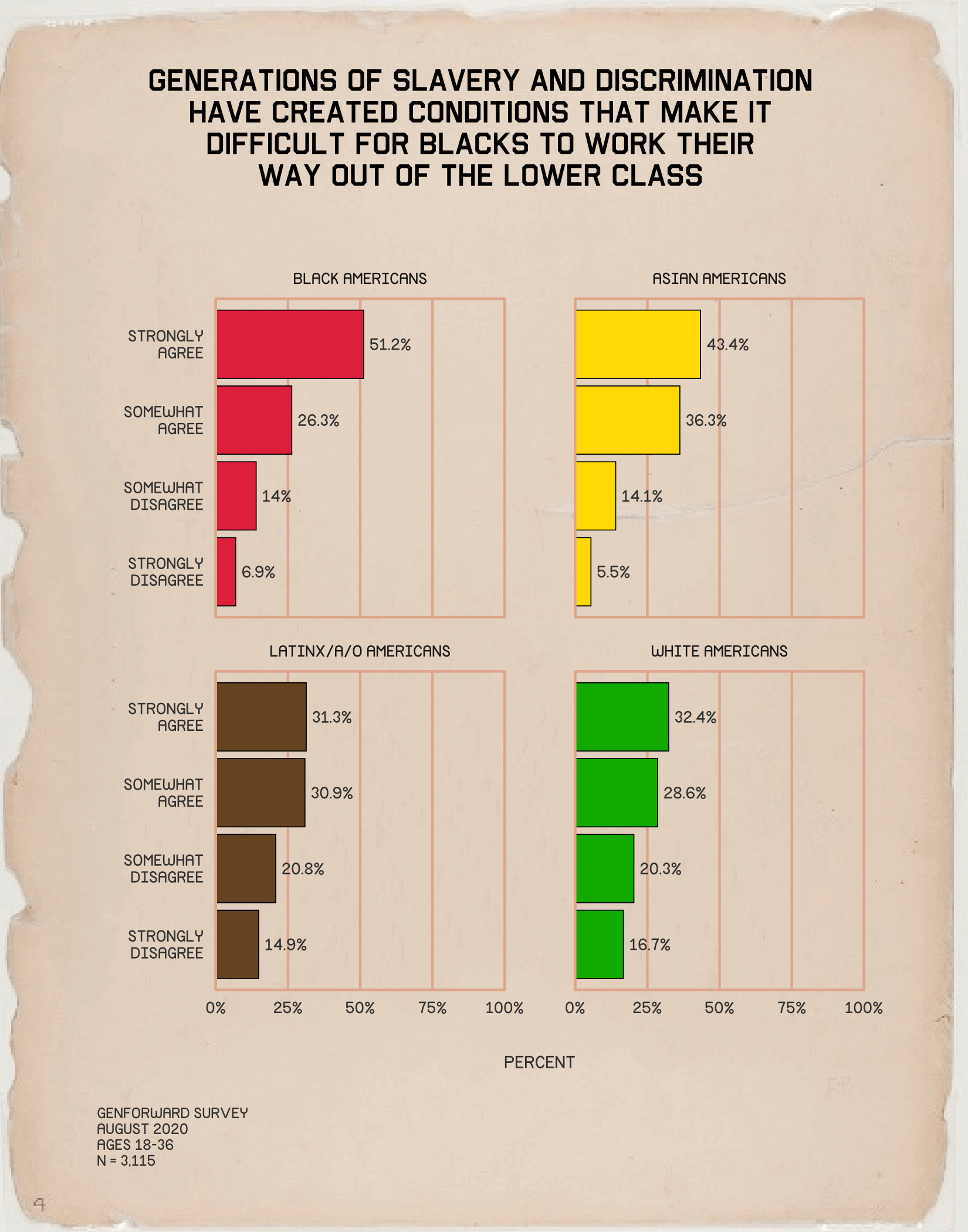 Figure 5: Substantial majorities of young Black, Asian, and Latinx/a/o Americans believe that the United States should provide reparations to African Americans as a way to make up for the harm caused by slavery and other forms of racial discrimination. In contrast, roughly 42 percent of young white Americans expressed support for reparations. 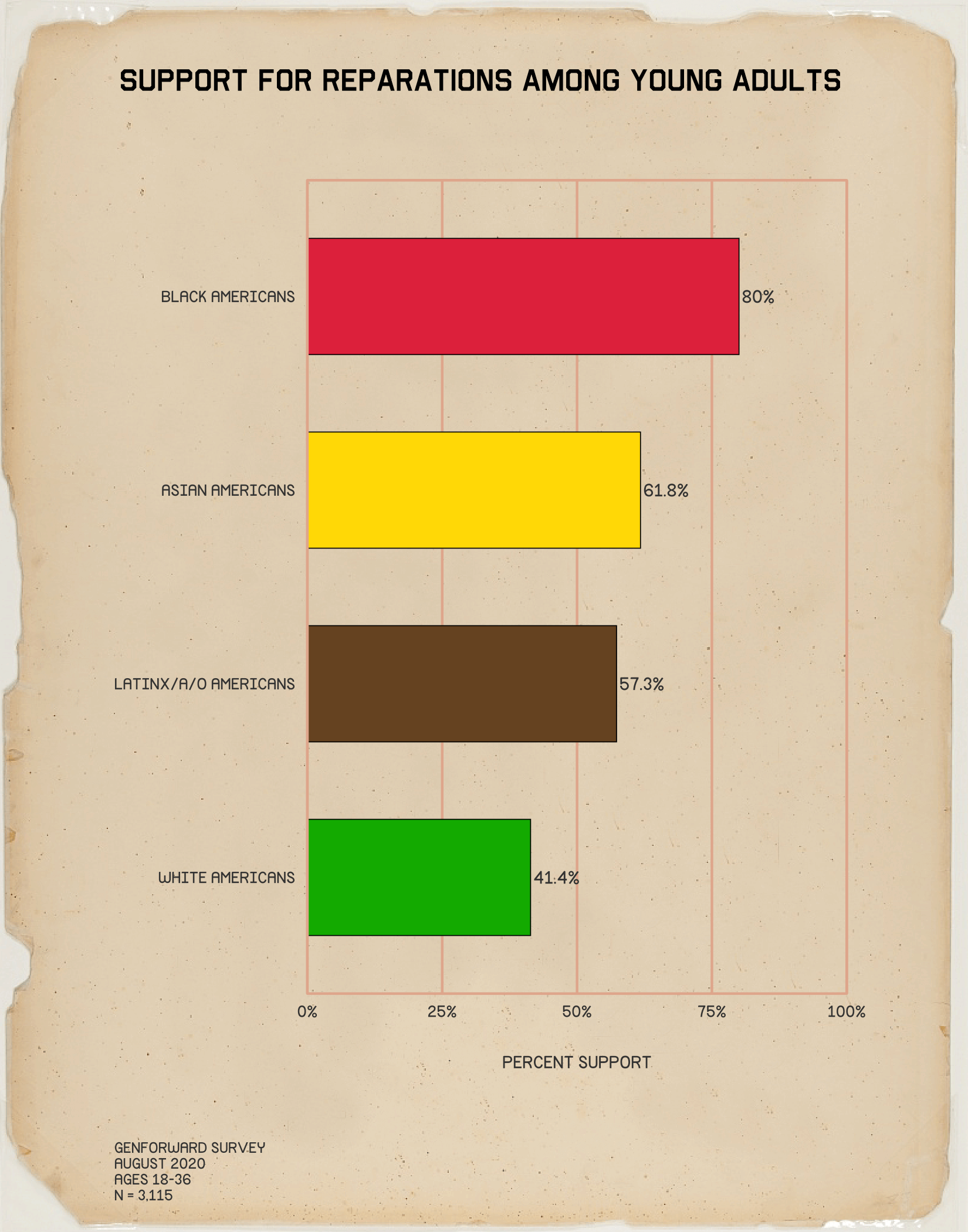 Figure 6:  When asked about the “best” ways to achieve racial progress in the United States, young Black adults reported substantial support for radical and non-electoral interventions such as non-violent protests, community organizing, and “revolution.” Taken as a set, these data suggest that young Black Americans strongly support a reimagining of the ways in which American government and policy have traditionally addressed issues of race, equity, and justice.

Vladimir Medenica is Assistant Professor in the Department of Political Science & International Relations and affiliated faculty member of the Center for Political Communication and the Program in Latin American and Iberian Studies at the University of Delaware. His work focuses broadly on the relationship between social identity and systemic inequities in political participation and representation in American politics and has appeared in peer-reviewed journals including Political Research Quarterly, The Journal of Race, Ethnicity, and Politics, and The Forum, as well as popular outlets like The Washington Post and The Hill. Learn more about Vladimir & the GenForward researchers here. 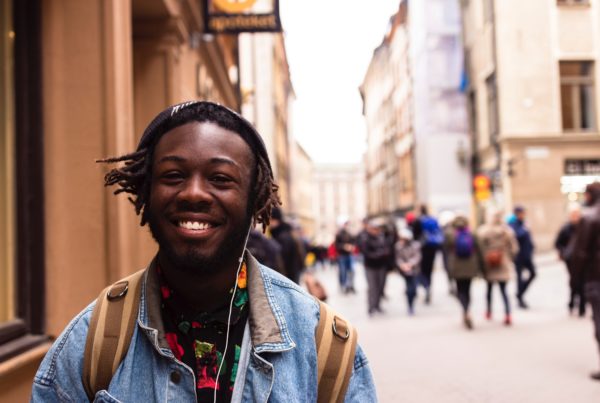