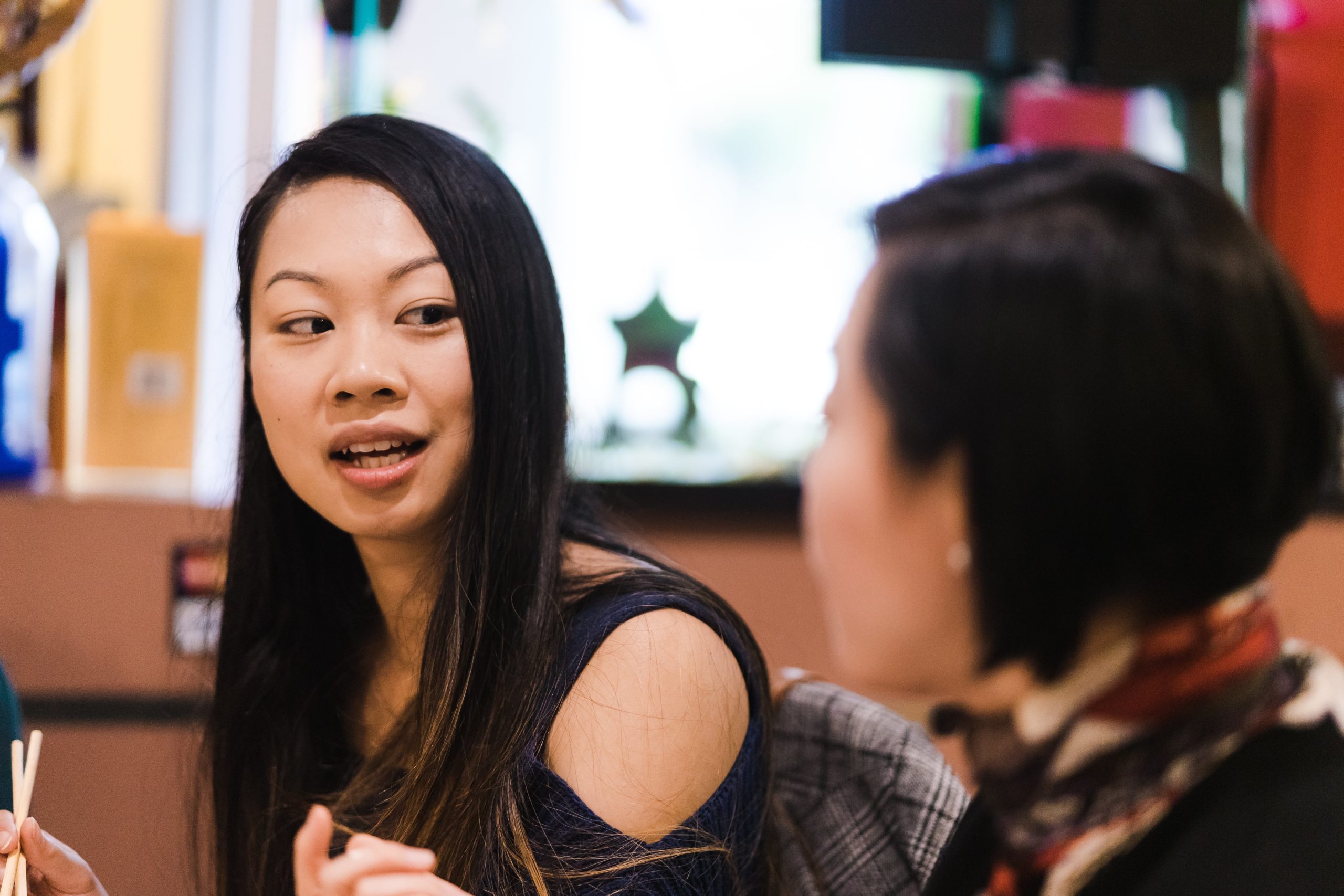 Since the start of the pandemic, there has been an alarming increase and series of violent hate crimes against Asian Americans. In the last two months alone, Pak Ho a 75 year old Chinese American was killed in Oakland Chinatown, Vicha Ratanapakdee a 84 year old Thai man was violently shoved to the ground and killed in San Francisco, and Noel Quintana a 61 year old Filipino man was slashed with a box cutter on the subway in New York City. These attacks have been raised as high profile and covered by the media–there have also been hundreds of other instances that have occurred in the last few months alone. According to Stop AAPI Hate, a self-reporting online tool that documents harassment, over 3,000 incidents of anti-Asian discrimination were reported across the country between March and December of last year. The majority of these incidents involve verbal harassment, shunning, physical assault, as well as being coughed and spat on in public spaces. The data indicates that for those who reported hate crimes, there are also racial and health related traumas, which is troubling because Asian Americans already suffer from high rates of mental health disparities.

Genforward data from April of 2020 indicates similar experiences for Asian American youth, almost one-third or 32% of Asian American young adults indicated that they have recently experienced discrimination because of their race or ethnicity since the start of the pandemic. This is higher than the percentage of Black (28%), Latinx (20%), and white (9%) youth who indicated that they recently experienced discrimination. While these numbers are alarming, the sort of anti-Asian climate we are witnessing today is not unprecedented. In fact, journalists and scholars have quickly responded to the current moment and contextualized what is happening within a longer history of anti-Asian violence and exclusion. This narrative often begins with the 1882 Exclusion Act and moves through decades of yellow peril fears used to justify endless imperial violence abroad in the Philippines, Vietnam, Laos, and Cambodia, and the incarceration of more than 120,000 Japanese Americans on the domestic front with Executive Order 9066. While xenophobia and racialized violence against Asian Americans has undoubtedly persisted across time, the current narrative around anti-Asian violence has become dangerously myopic and narrow in scope.

The recent call to #StopAAPIHate must be expanded to account for the various manifestations of gender violence that Asian women continue to face on a systemic level—especially as it relates to housing, reproductive health, labor, poverty, policing, and immigration.

In Atlanta earlier this week on Tuesday evening, a white man drove to three different massage parlors and deliberately shot and killed eight people, including six Asian women. This type of racialized gender violence against Asian women is systemic in nature and enmeshed with generations of racism, sexism, empire, conquest, and imperialism. Of the 3,800 anti-Asian hate incidents reported since the start of the pandemic, nearly 70% of victims were women. The media is often quick to identify the names of male victims of anti-Asian violence but Asian women who suffer disproportionately from anti-Asian violence too frequently remain nameless. This combination of racism and misogyny has led to the pervasive erasure and dehumanization of Asian women, reinforcing the idea that Asian women lack agency and bodily autonomy. We need a more capacious framing of anti-Asian violence that includes the specific forms of visceral violence that poor Asian women, Asian massage parlor workers, sex workers, domestic workers, caregivers, and undocumented women face on a daily basis. The recent call to #StopAAPIHate must be expanded to account for the various manifestations of gender violence that Asian women continue to face on a systemic level—especially as it relates to housing, reproductive health, labor, poverty, policing, and immigration.

There is an urgent need for a more expansive framework for how we talk about anti-Asian violence, one that moves us beyond individual instances of violence to a systemic understanding of root causes and interconnections. The continued deportation of Southeast Asian families is anti-Asian violence. Despite a 100 day moratorium on deportations, the Biden administration deported 33 Vietnamese community members earlier this week on Monday evening, the plane left with Hieu Huynh and Tien Pham who are both war-time refugees forced to leave their families in the states for a country they fled decades ago. Since the 1990s, the United States has issued orders to deport 16,000 Southeast Asian refugees, anti-immigrant violence in the form of the state is often perpetuated through targeted immigration enforcement. The effects of detention and deportation has been particularly devastating on Southeast Asian women who are forced to battle an unjust immigration system, provide emotional care for their children, and take on additional labor to make up for a loss of income from legal fees. Data from Genforward suggests that young adults are thinking expansively about solutions to this violence, with 40% of Asian American, 39% of Black, 38% of Latinx, and 31% of white youth who believe that ICE should release all immigrants in detention centers now and after the pandemic.

The solution to anti-Asian violence is not more policing. Instead of investing more resources in the police and oppressive systems that fail to keep our communities safe, more should be done to reimagine community wholeness without reproducing harmful logics.

While elected officials and celebrities have been outspoken about anti-Asian violence and some have channeled resources to combat hate crimes, most of these conversations miss the mark and focus too exclusively on the need to invest in more policing and unnecessary task forces. In fact, the continued police violence and militarization is a form of anti-Asian violence. The police have a long history of perpetrating violence in Asian American communities, including the recent murders of Christian Hall, a 19 year old Chinese American student fatally shot by Pennsylvania State Police and Angelo Quinto, a Filipino immigrant and veteran in California who died after a police officer knelt on his neck for five minutes. The police have violently targeted Asian women migrant and massage parlor workers. In November of 2017, Yang Song fell to her death after fleeing law enforcement during a targeted police raid at a massage parlor in Flushing, Queens. Just a year before her death, Song had been raped by an undercover officer at gunpoint at her place of work. After Yang reported the incident, instead of receiving help she became a target of law enforcement and was harassed by vice police who used coercive tactics including threats of deportation if she did not comply with becoming an undercover informant.

The solution to anti-Asian violence is not more policing. Instead of investing more resources in the police and oppressive systems that fail to keep our communities safe, more should be done to reimagine community wholeness and to build what Ruth Wilson Gilmore calls life affirming institutions, programs, and infrastructure. According to Genforwad data from August of 2020, young adults of color are already leading the way in these conversations, 75% of Asian American, 60% of Black and 50% of Latinx youth support divesting from police departments and putting their entire budgets towards investments in other areas such as healthcare, education, and housing. There is also much to learn from organizations that have long fought against anti-Asian violence without reinforcing anti-Blackness or expanding the power of police. For instance, CAAAV: Organizing Asian Communities, an organization that works with low-income Asian immigrants and refugees in New York City, has a long history of fighting anti-Asian violence in all its forms from evictions to police brutality to labor rights for sex workers, undocumented workers, domestic workers, street vendors, and garment workers. Red Canary Song, was founded in the aftermath of Yang’s death as the only grassroots Chinese massage parlor worker coalition in the country and organizes around the intersections of sex work decriminalization, migrant rights, and police abolition.

Asian American women have been on the frontlines in the community organizing, collective healing, and leading conversations around community safety, wellness, restorative justice.

As we broaden how we talk about anti-Asian violence in our communities, we must also broaden the scope of tactics and strategies used to combat the structures, institutions, and relationships that cause harm. Despite the horrific violence we are witnessing against the backdrop of a global pandemic, Asian American women have been on the frontlines in the community organizing, collective healing, and leading intergenerational conversations around community safety, wellness, restorative justice. The current moment also highlights the political possibilities of Asian migrant workers building in solidarity and alignment with Black cisgender, queer and transgender women, femmes and non-binary folks, who are particularly vulnerable to violent policing tactics—what would it look like to collectively disinvest from all forms of punitive violence and to create anew? The collaborative work of the Asian American Feminist Collective and Black Women Radicals is instructive, particularly their Black and Asian Feminist Solidarities project which builds towards an intersectional feminist politics. In Oakland, Asian American femmes and queers on the frontlines have been building in alignment and deepening coalitional relationships with Black communities to mobilize solidarity rallies, mutual aid resources, and community-led public safety initiatives that help us to boldly imagine otherwise. We interrupt violence as we have always done—we bear witness to the times and like Yuri we adopt a heartbeat of struggle.

The GenForward Survey is associated with the University of Chicago. 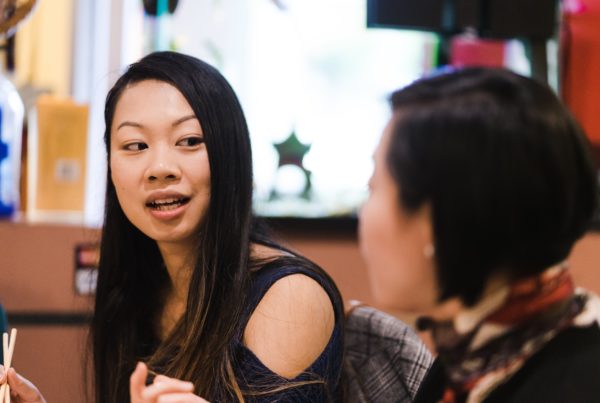 Paola Del Toro | Featured News | No Comments
By Diane Wong March 17, 2021Since the start of the pandemic, there has been an alarming increase and series of violent hate crimes against Asian… 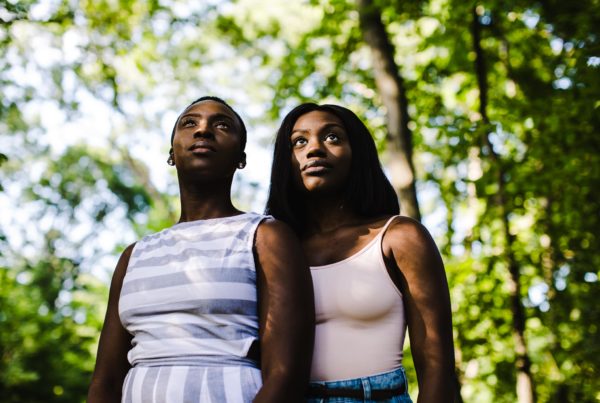 This Women’s History Month, Recognize Black Women’s Efforts to Save Ourselves 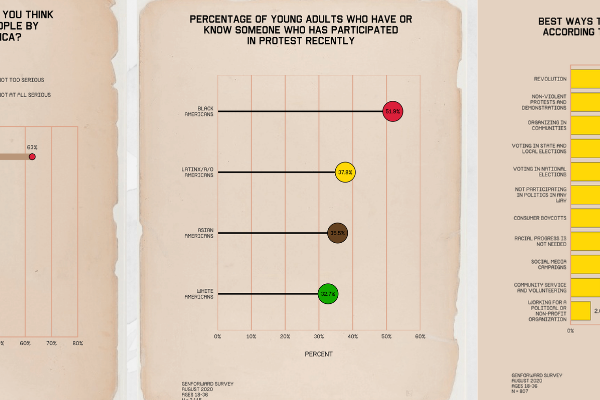